Climate change started like a mere story, however down the line it has proved beyond doubt that its real as the devastating effects are well seen by everyone. People of the two districts are vulnerable to floods, drought and prolonged extreme heat. Discussion with people in the early days showed that people of Mitete and Lukulu districts believed mostly the effect of climate was purely natural and that they couldn’t do anything on their own except the Creator (God).

Interesting they didn’t take time think of the role which them could have contributed towards climate change. All they knew as about their survival.

But now things have started changing with the coming in of pilot project on climate resilience (PPCR) along Barotse Sub-Basin funded by Government and World Bank. KZF is a contracted Climate Resilience Facilitator (CRAF) for both Mitete and Lukulu Districts to build capacity for the community members in adaptation. The communities are access grants to implement climate Change adaptation projects. For the period 2019, the two districts are expected to implement a minimum of 108 soft climate adaptive projects, 36 hard climate adaptive projects, develop 10 enterprise grants –working around value chain, form savings groups and also come up with 12 Champions in climate change adaptation activities. 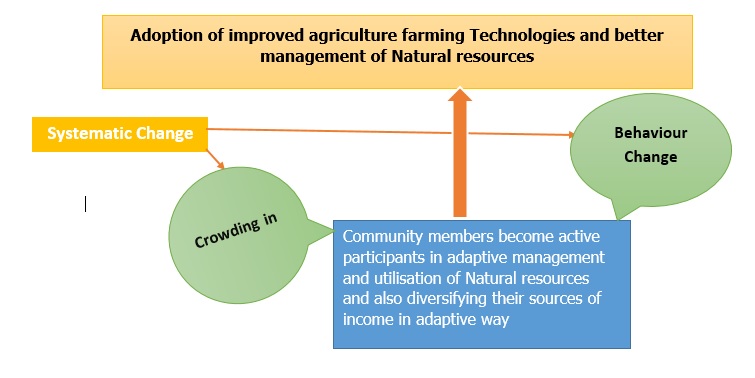 In Lukulu district at a groundnuts field for a Community Champion (Ms Mary Tunde) of Salihongo Village in Kasheke... read more

How we use maps at KZF

During the KYTS-Programme we developed technology with our partner ColaLife to map the retailers we were supporting. The technology... read more

How we monitor progress across the country at KZF

KZF works all over Zambia and keeping track of what’s happening and providing support to remote field staff can... read more

These training ‘flashcards’ were developed following the ColaLife Operational Trial in Zambia (COTZ)*. They have been approved by Zambia’s... read more

This may be a bit of a technical post, but it answers the very simple question at the heart... read more